A new restaurant has opened on Valencia Street. No it's not on the "hot" block between 18th and 19th, but rather a new Indian restaurant between 18th and Sycamore. Also, the long vacant "furniture store" beside it has had recent construction and looks like it may become an actual activated space in our lifetime.

Curry Up Now - Indian Street Food is now open as a brick and mortar location at 659 Valencia Street. As reported by Grub Street SF, the restaurant, which also operates food trucks, was scheduled to open on February 20, 2013. The place used to be a pizzeria, called Pizzeria, which opened in 2007 and was up for lease over the past 9-12 months. That strange virtually customerless restaurant was next to the equally nearly always empty New Yorker's Buffalo Wings place. I always thought they might be a front for money laundering, in spite of the police station across the street. 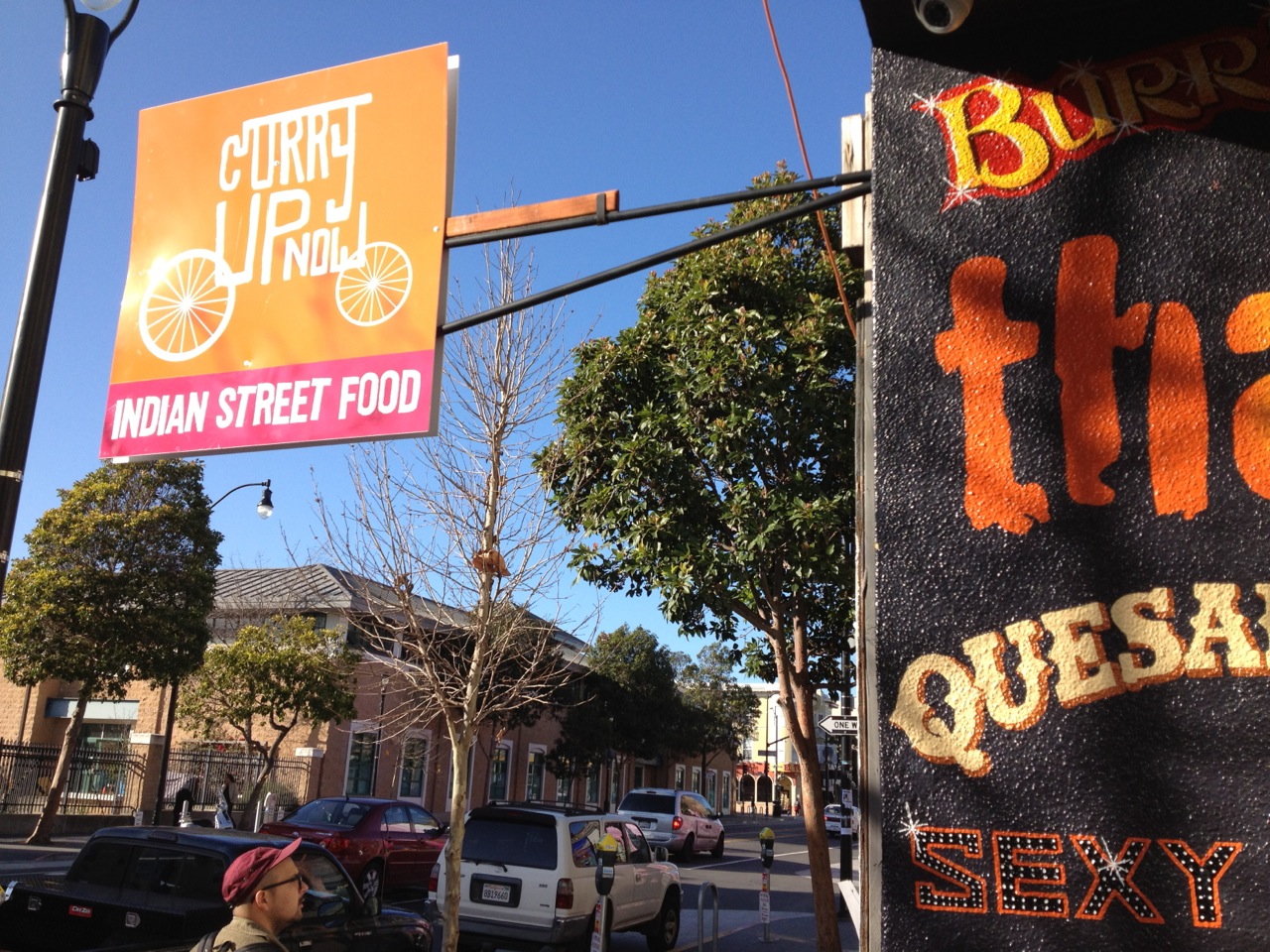 I never did have a pizza from the pizzeria, but I did walk in once to buy a soda. Apart from being empty all of the time, the pizzeria (and the buffalo wings place) had strange chairs with big back sides that curved into arm wrests. Not the most inviting seating. Well the new place has the exact same chairs! Luckily the painting and the lighting look like they've changed for the better. 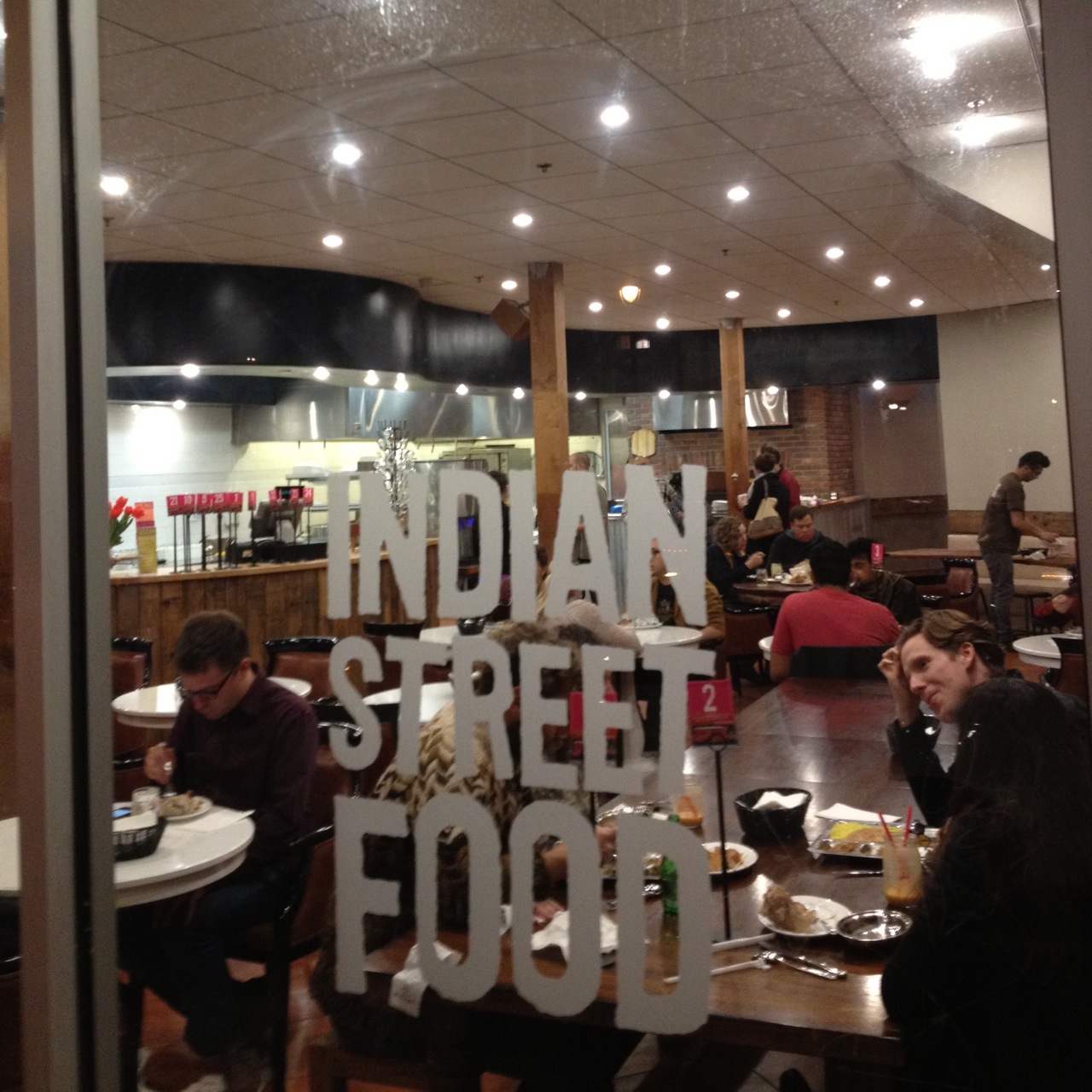 The best news is that there appear to be customers! They are actually coming to the restaurant. This is good news since this mini stretch of Valencia, between 18th Street and Sycamore was strangely quiet in spite of the two restaurants. It is bookended by The Elbo Room and El Buen Savor Taqueria, plus Live Fit gym which has livened up the block a little bit.

Now Valencia Street has almost 10 India Restaurants, from Dosa, to Amber Dhara, to Gajalee. Pretty soon there will be one on every block. The street already has a cafe every block, very nearly.

More pics and update on the mystery restaurant space after the break.


Now the only place that is a mystery is the old fire damaged furniture store at 657 Valencia that's been closed for decades. However the mystery fog is beginning to burn off. The San Francisco Planning Department has put out a notice of permit application. Currently designated as a retail space, the owner is requesting the space be altered to a, you guessed it, a restaurant space. No word on the name or cuisine, but based on the site plans, the space looks like it will have about 32 seats at 8 table plus a possible eating bar. 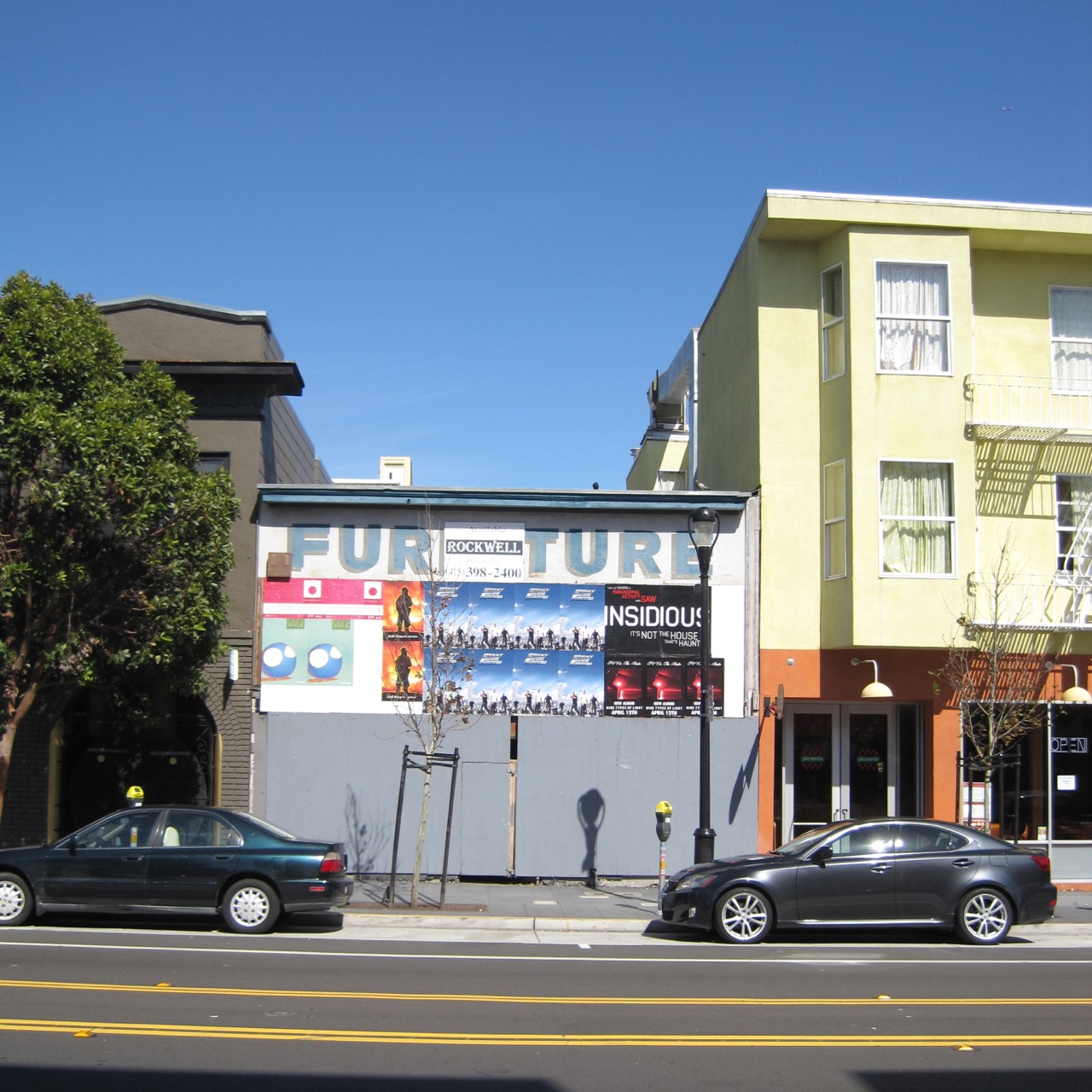 At least some new businesses have opened up that are not restaurants. At 19th and Valencia, there is a new furniture store, Chase ATM, and Aggregate Supply. 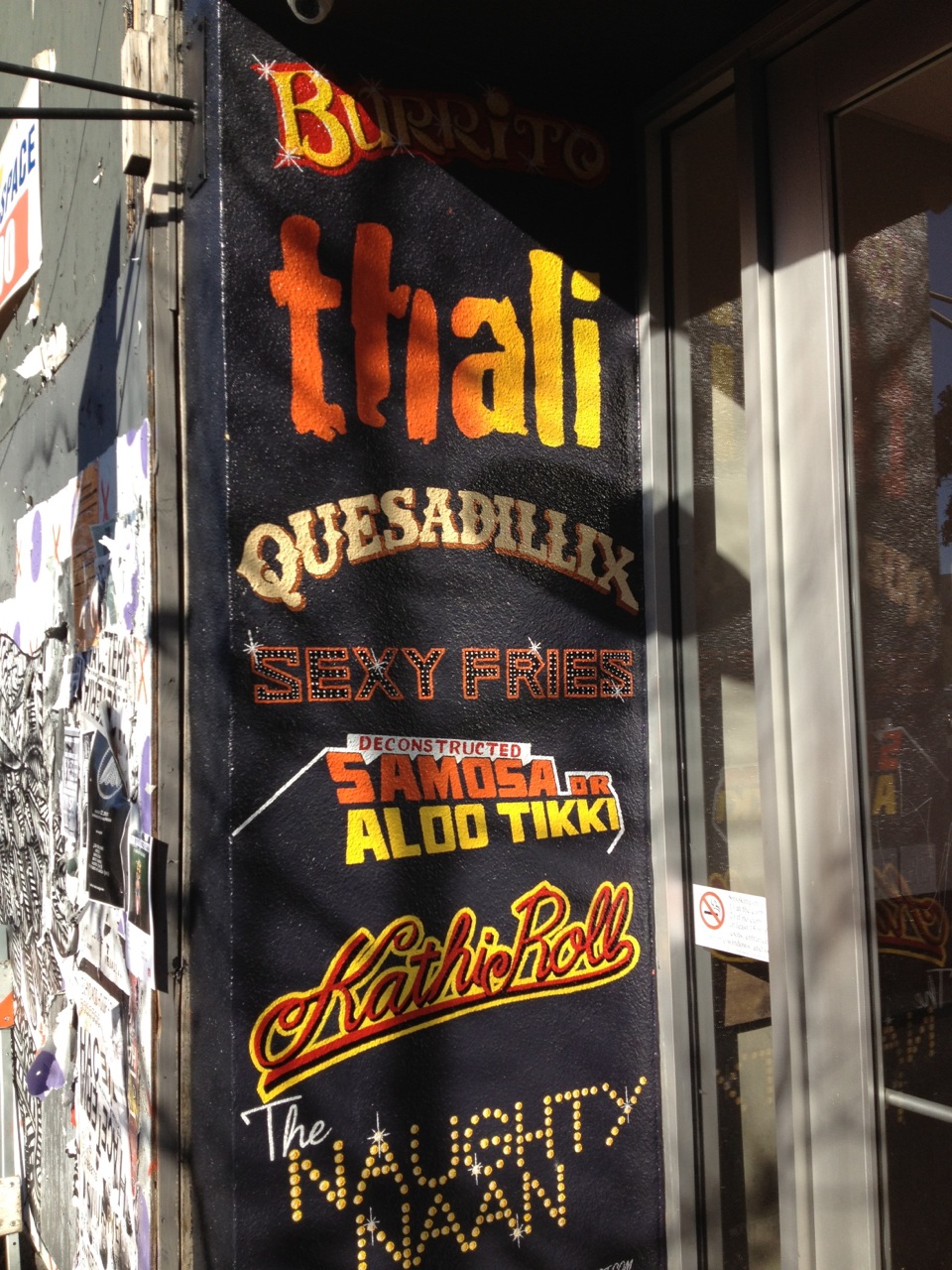