Here's a picture of the Holland Tunnel ramps entering the tunnel from Manhattan I took this February from high above in the Trump Soho Hotel. 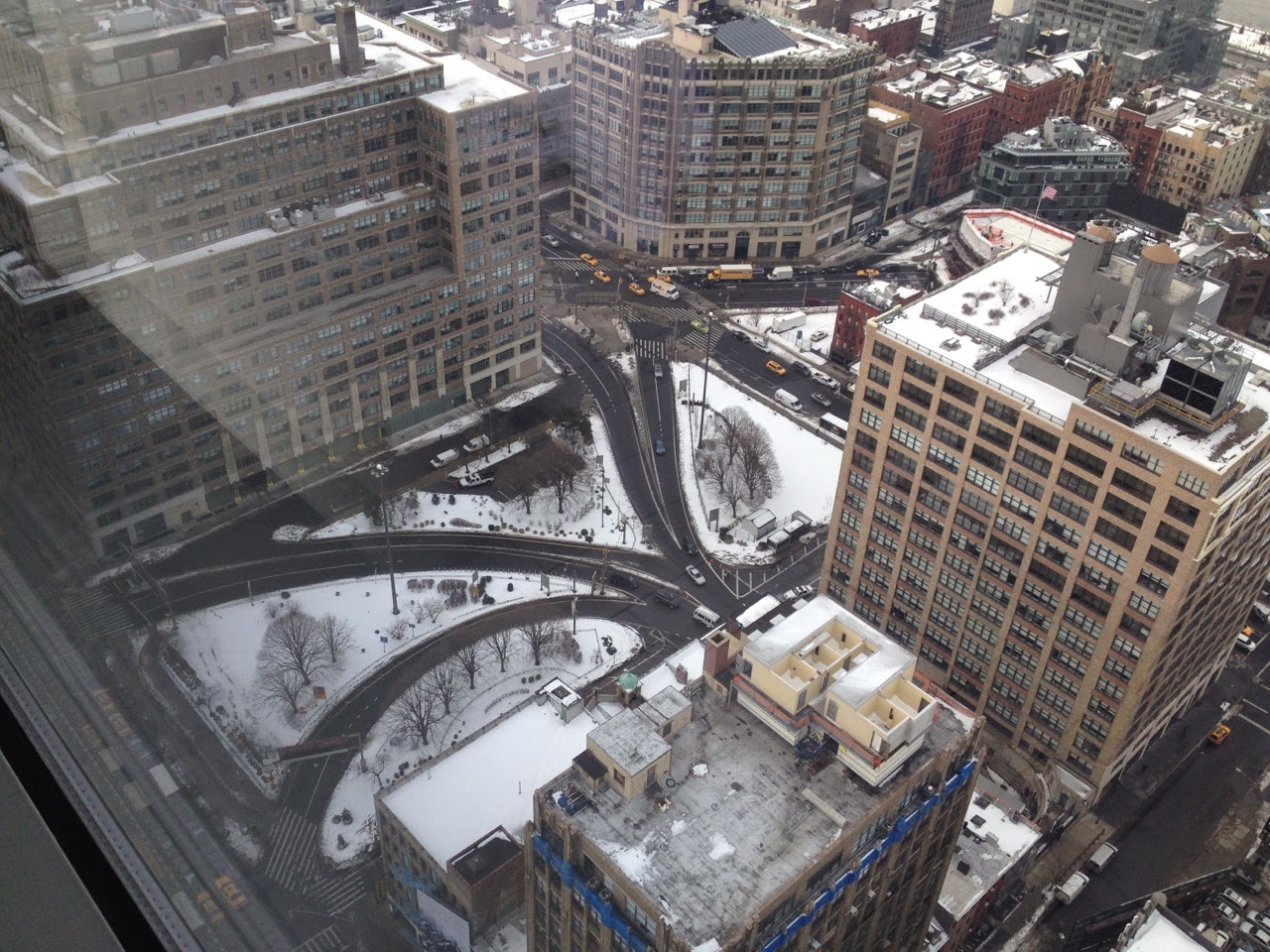 I like the shot for it's fan-shaped spread of roadways in a field of snow surrounded by earthy toned old warehouse towers.

Incidentally I was visiting with my little daughter. She was apparently more interested in the taste of the window than the view. 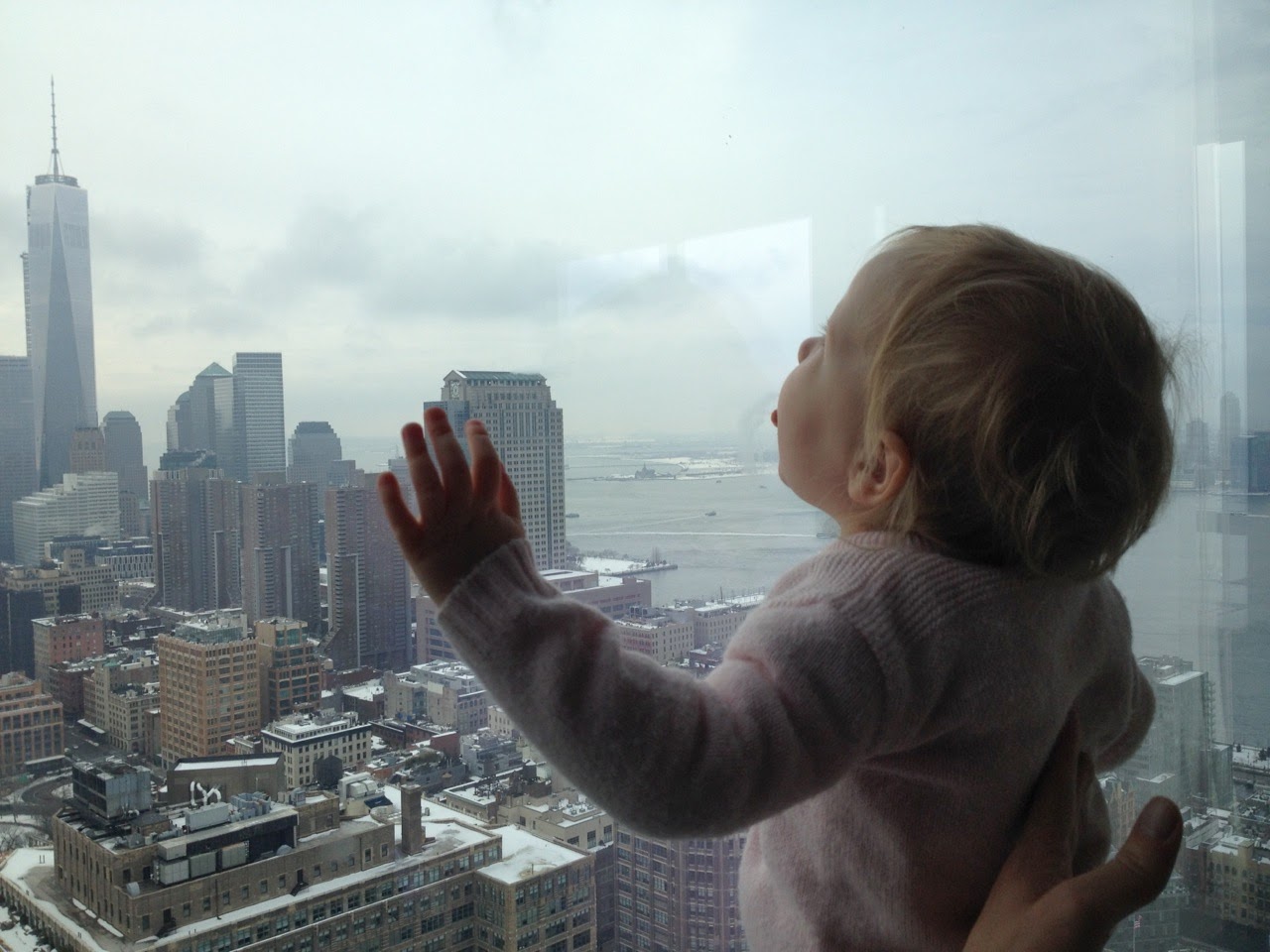 It made me think (the tunnel thing, not the baby) - how do you photograph a tunnel? You can't look at it from the shore of a river like you can at a bridge. You can take a shot while driving through one. (Or take one while walking through one - not a fun stroll as I found from walking through San Francisco's longish Broadway Tunnel.) But you're so closed it - you can't grasp the entire tunnel all at once.
When you go to a post card stand in San Francisco, or New York or really anywhere, it's the big bridges that get all the attention. You can see them. They're huge, impressive and sometimes majestic. Yes bridges and tunnels perform the same basic utility. Sure, there are some images of tunnel entrances, or images of inside the tunnel, but they just are not that attractive and don't have much punch to them.


Looking up the Holland Tunnel, Lincoln Tunnel, Caldecott Tunnel, and Channel Tunnel, I found the following "stunning" interesting, yet uninspiring images. Actually some of them are rather nice.

All in all though, I thought the image I shot was an unusual and fascinating expression of a tunnel.


In the image below depicting the Hudson and Manhattan Railroad Tunnel in Jersey City, you can see how showing the path of a tunnel really shows how complex and big they can be - yet you still don't get a sense of grandeur or beauty.
Arguably the Eurotunnel (often referred to as the "Chunnel", its original name, but long not referred to by Europeans by this name), is one of the most famous, and most important tunnels in the world - linking the UK to continental Europe. Yet images of its portal or the tunnel of itself are hard to find, or at the least, offer a vacuum of inspiration.


Caldecott Tunnel
Yesterday I was at Union Square and they happened to have the artists with paintings on the square. I spoke to one guy for a while, who had a painting of a tunnel! I couldn't believe it! Michael Koller's painting of the Stockton Tunnel is actually quite attractive and does give you that beautiful side of tunnels - the small opening - the light at the end of the tunnel.