What we don't have is multiple and separate rail lines that cross each other or run parallel like may cities do. In Washington DC, the Metro lines cross themselves three locations (Metro Center, Gallery Place/Chinatown, and L'Enfant Plaza). The Atlanta MARTA system makes a cross, where all lines meet at Five Points. In Los Angeles the lines meet at 7th St/Metro Center and soon Union Station.
In Boston, the colored rail lines meet at a plentiful 4 locations. However connecting the four stations are all in very close proximity, effectively making one large hub, not multiple ones like in other examples.

Why have parallel lines or a hub transfer station where lines cross? Having two completely separate lines, whether parallel or crossing overs people different ways, options, to get to city centers. With a cross of lines, it means trains can come from all directions. If parallel, it means that depending where I am, or where I'm going, I have two options. This is especially useful if one of the lines is crowded or if there's a train breakdown. I can always use the other line.

When looking at comparable city centers to Oakland or San Francisco, we see cities with similar densities like Washington, DC, Montreal, Toronto, and Philadelphia. All of these cities have parallel subway rail lines for at least two stations on each line. On average they are about 1/3 to just under 1/2 a mile apart; 0.35-0.45 miles apart to be precise, based on the cities I looked at.

Toronto
0.40 miles apart
Toronto's looping Yonge-University (#1) Line swoops makes a distinct loop through the heart of the city center, turning back at Union Station. Although only one line, it acts like two. 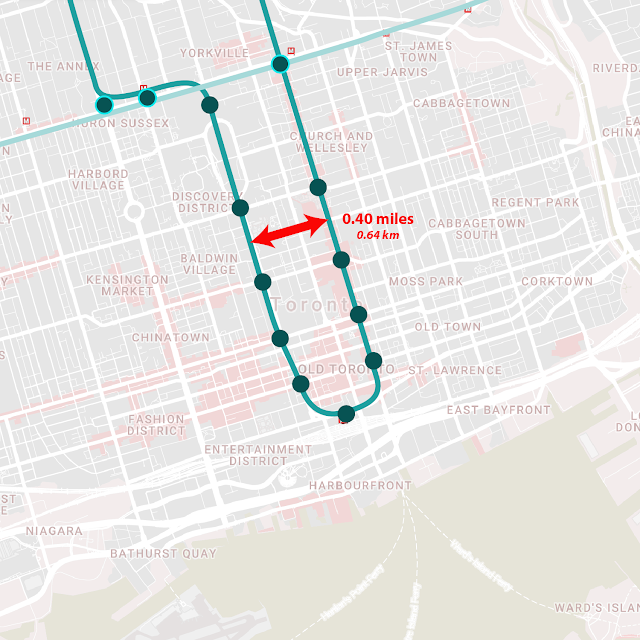 Washington, DC
0.34 miles apart
Washington's Metro system run by WMATA was built and designed in a similar time as BART. Much like BART, multiple rail lines. On the map shown, the parallel lines running north are 0.34 miles apart. The one to the left carries the Silver, Blue and Orange lines, while the line to the east carries the Yellow and Green lines. 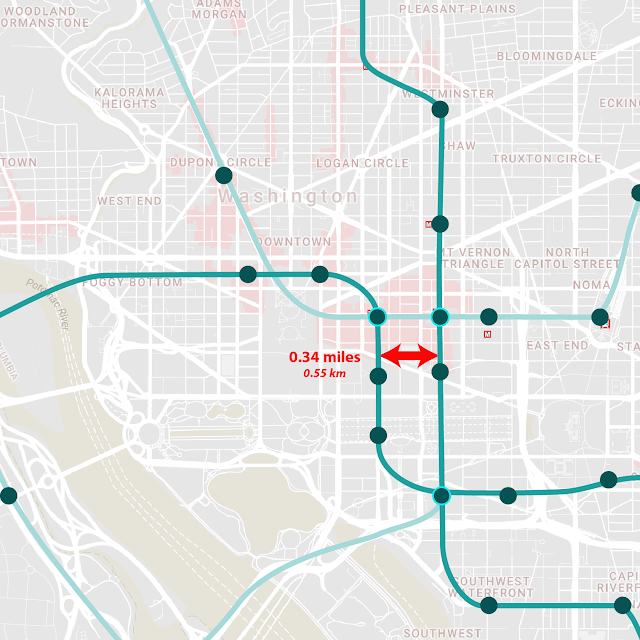 Montreal
0.43 miles apart
Montreal's has two metro lines, the Orange and Green run parallel for quite a long distance. Their separation varies, but is about 0.43 miles in the city center. 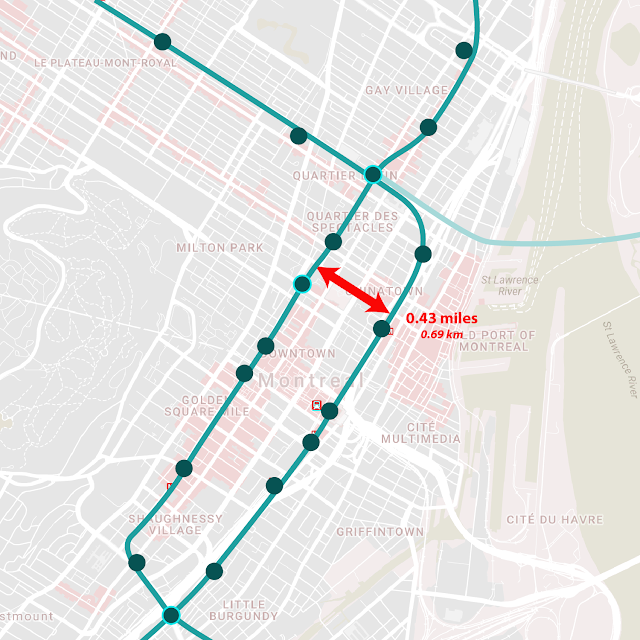 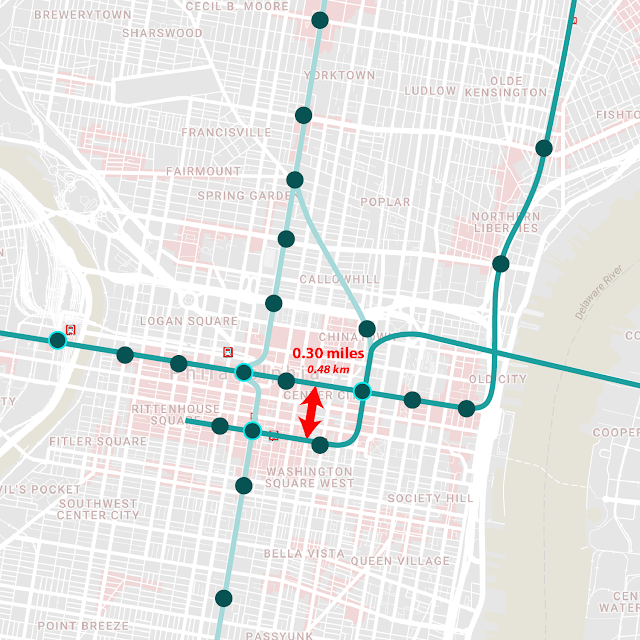 0.43 miles apart between Broadway and Brush - the ConnectOakland I-980 proposal. 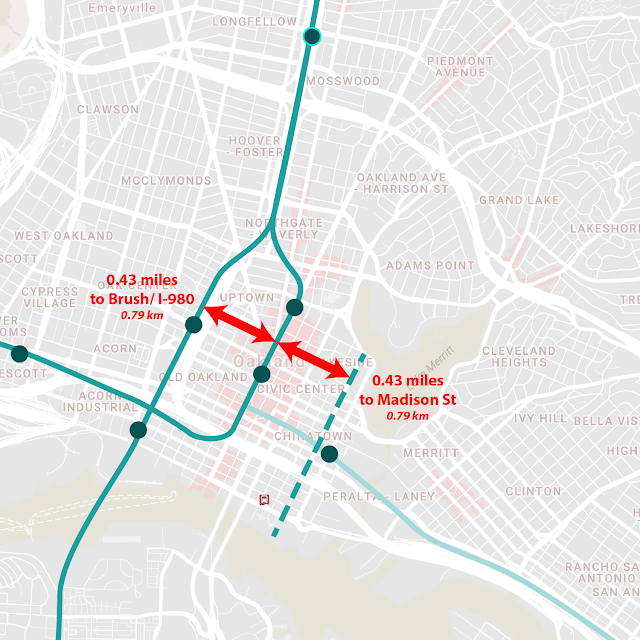 From this list of systems, parallel lines range from 0.3 to 0.43 miles apart, with the average distance between parallel rail lines in or at city centers is 0.3675 miles.

So the I-980 proposal is in the range of existing parallel subway lines, on the outside edge of the range. Placing the parallel line on Castro St or Jackson St is 0.365 miles from Broadway - essentially the average distance in this small sample.

Finally, let's look into the past to a late 19th century Chicago where the Chicago Loop was constructed in a less than currently dense city. The north/south roads of the loop, Wabash and Wells streets are 0.394 miles apart, which happens to be about the distance between Broadway and 12th St and the center of I-980 at 12th St.

Note that none of these parallel rail lines are closer than 0.3 miles. Making stations too close means they are overly redundant and are not spreading out the area that would benefit from transit and from dense development. Making the rail lines in Oakland less than 0.3 miles, say running down Webster and Harrison would be a mistake based on this analysis.