I created several maps for SPUR back in 2008 for their policy paper on regional rail "A Mid-life Crisis for Regional Rail". You can see all the images on my flickr account.

This one shoes short term urban improvements including: 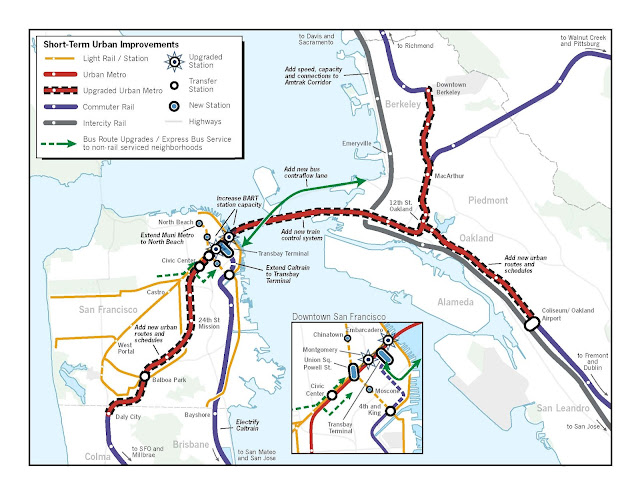 The map below shows long term Regional improvements including: 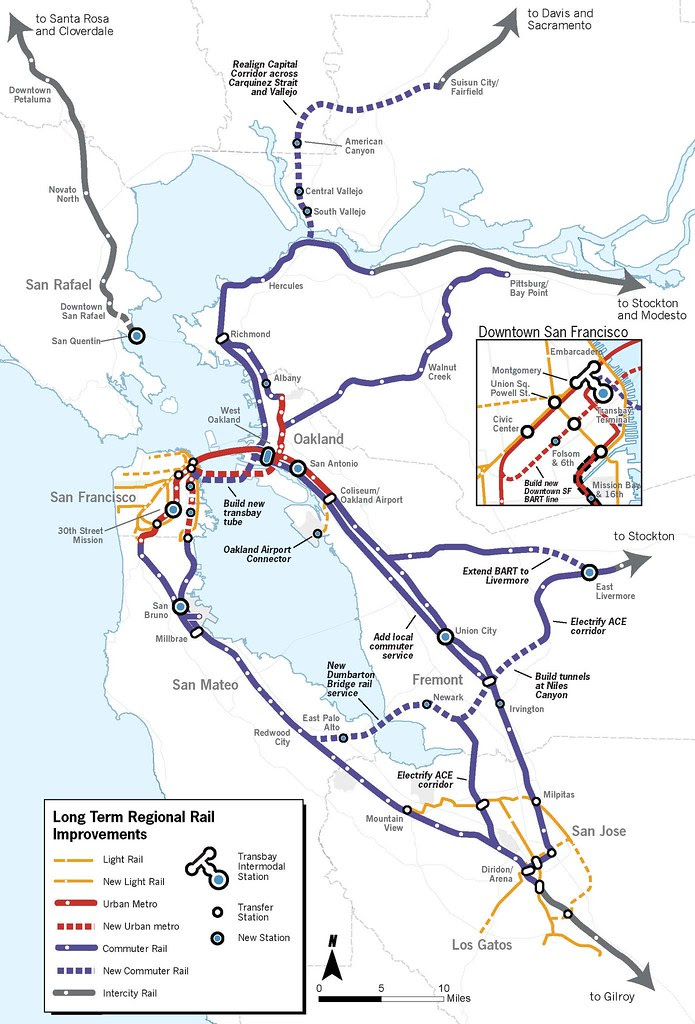