When the floods come to San Francisco

UPDATE: you can get posters of Flooded San Francisco (aka 25 foot sea level rise) Maps here.

I've been working on my San Francisco topographic map over several years. The one in the earlier post is actually a rough copy. The final version will have text, much in the vein of a classic atlas.

Burrito Justice put together a great post San Francisco Archipelago, which used my SF topo map as a base. The combination of the imagined future news report on San Francisco, coupled with the flooded SF map is a true delight. In addition, Bernalwood's piece on how the flood would affect Bernal Heights was great. The photo is priceless. In fact, Bernal Heights would fare very well with 200 feet of sea level rise. All of the Cortland Street commercial district would remain, as well as Holly Park and Reservoir, and Bernal Peak of course. The only loser would be Cutting Edge Salon, since it sits at about 195 feet above current sea level.

Ironically, I'd been working on a 25 foot flooded SF map. So, I'm posting what a 25 foot flood map would look like. I'll leave the news article fiction to Burrito Justice. Not quite as dramatic as the archipelago with its 200 foot flood (or the 300 foot flood). That said, a 25 foot sea rise could happen in many of our lifetimes, especially if we lose the Greenland or West Antarctica ice sheets. 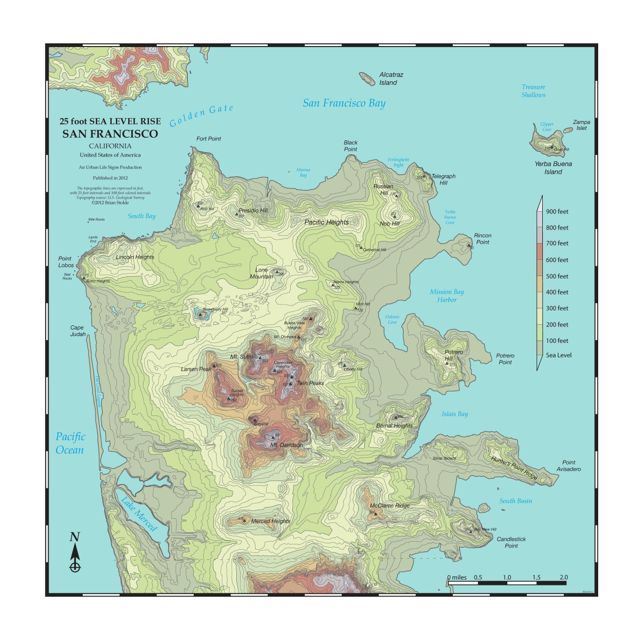 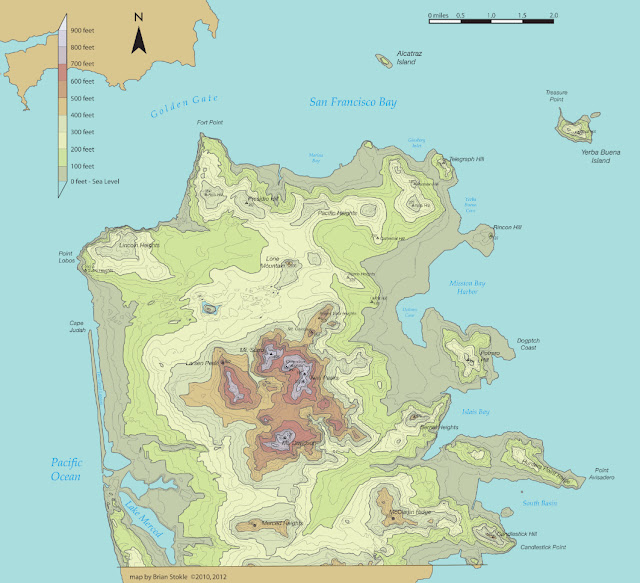 Please note that the elevations noted are based on 2012 sea level. Subtract 25 feet to determine updated elevations.