Guerrero Street for decades had a simple narrow concrete median. It still does between 20th Street and Market.

Several years ago, through the community organizing (and financing?) of the San Jose/Guerrero Coalition started the Greening Guerrero project. Guerrero Street's median was landscaped with drought resistant trees and plants between 2005 and 2007.... except for one block. Between 22nd and 23rd, the concrete remained, presumably due to property owners unwilling or unable to pay for street beautification.

Jump to now and it appears the lonely block sans plantings may be landscaped yet. As shown in the photo, it appears the concrete has been ripped out and replaced with dirt. No sign of when the trees are coming. 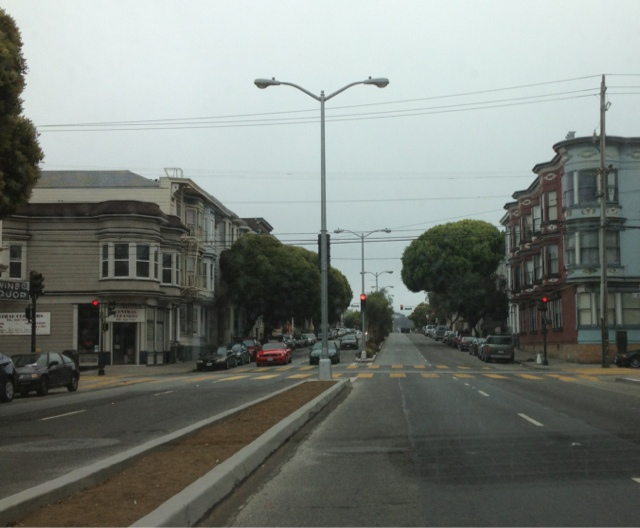 According to the web site, "the developer of the condos in the middle of the block will do the work [of landscaping the median] as part of an agreement with the city." No date has been set for planting.