Woody Allen has made most of his films in New York City. In recent years, European capitals have taken center stage. (Barcelona is a capital city, of Catalan.) Well he's decided to come back to America, and is filming in San Francisco in addition to New York City.

His latest film is shooting in different neighborhoods of San Francisco including Downtown, but also parts of Marin. The Mission District seems include several shot locations including 24th Street, South Van Ness at 14th Street, and within a stone's throw of Urban Life Signs' headquarters. We recently "spent time" at the shooting location on the southeast corner of 20th Street and Lexington Street. After nearly 2 hours of waiting, Mr. Allen and Kate Blanchett were seen leaving the house above Force of Habit Record Store, a former punk music store.

Mr. Allen famously says he only films in cities he could bear to live in. We're thrilled he thinks San Francisco is livable. The only other actor we spotted was Bobby Cavanale. Other folks noted for being in the film include Alec Baldwin, Peter Sarsgaard, and Louis C. K. 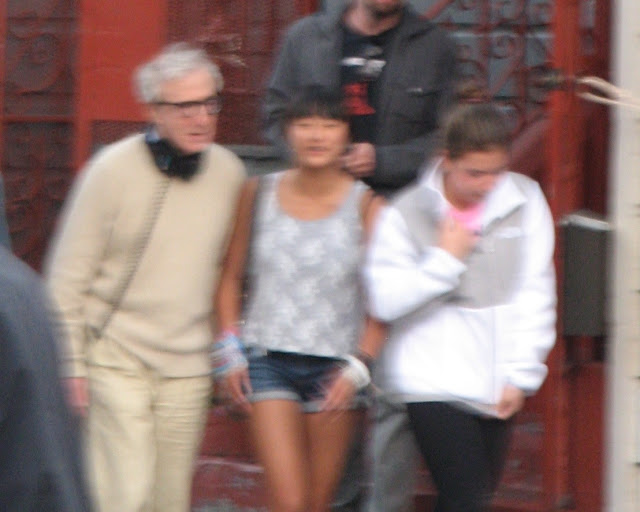 Note that Urban Life Signs' photography budget does not include purchase of a high quality zoom lense. Although we're generally satisfied with our Canon PowerShot A710A's 6X zoom, the images didn't quite make it into focus. Maybe it was the 8pm twilight more than the camera.

Note that the cops were "in force" in the less zoomed image below. After the break, you can see more photos of the location. 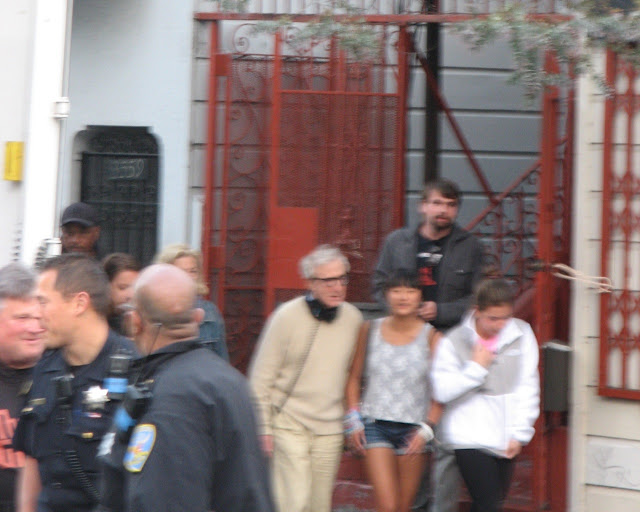 The crowds watching were rather light, roughly 10-20 people, many just passerbyers noticing the activity. In the last 2 shots, there may be an image including Cate Blanchett. She could be the woman to the left of the van with her arms crossed. Or it could be the woman on the right of the van. She's entering the van and wearing a white puffy jacket. 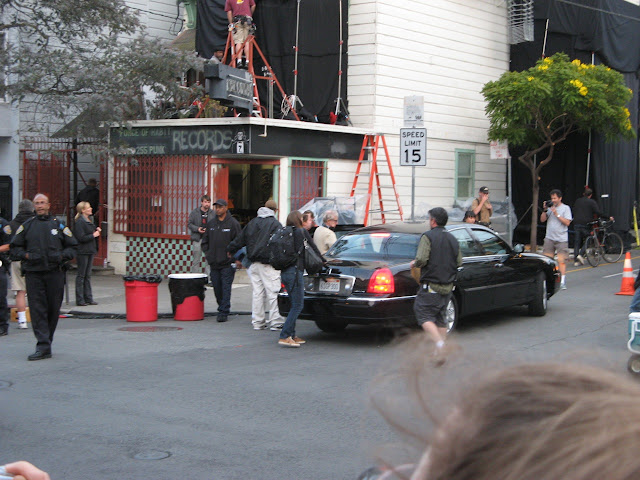 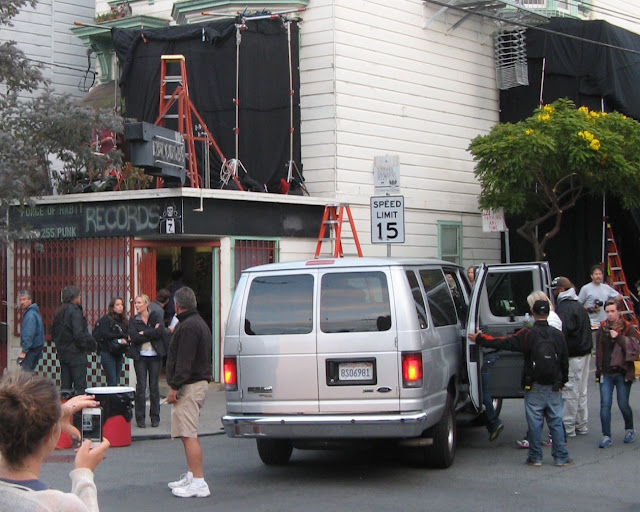 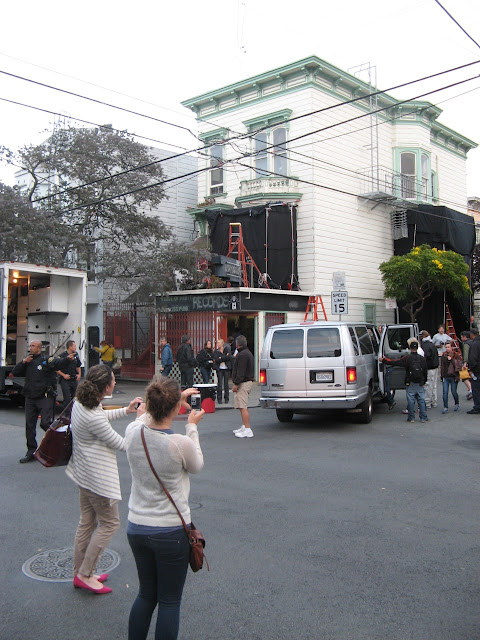