Image of the Week: a Pink and Purple Downtown Dusk

When: February 2006
What: View of Downtown San Francisco from atop the Humboldt Savings Bank Building on Market Street at 4th Street. The shot was taken around 6pm.
Comment: Since this shot was taken back in 2006, several things have changed in the intervening 7 1/2 years. The only major change in the first shot is the addition of the Ritz Carlton atop the old DeYoung Building at Market and Kearney, however you do sit it covered in scaffolding.
On the bigger pan and the closeup of Civic Center (after the break) you see cranes and fewer apartment towers.
Related Posts: Give Me Sunsetting Solar, Shortening Towers 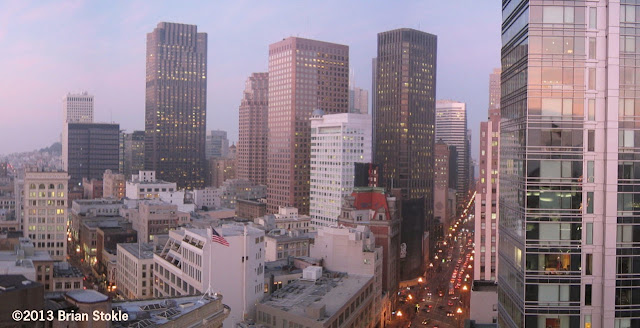 Notable buildings in the shot include the Bank of America Building (center left), Market Street (right) and the Four Seasons (right).

This 180 degree panorama was taken atop the domed Humboldt Savings Bank Building, which was built just after the Great 1906 Earthquake and Fire and completed in 1908. 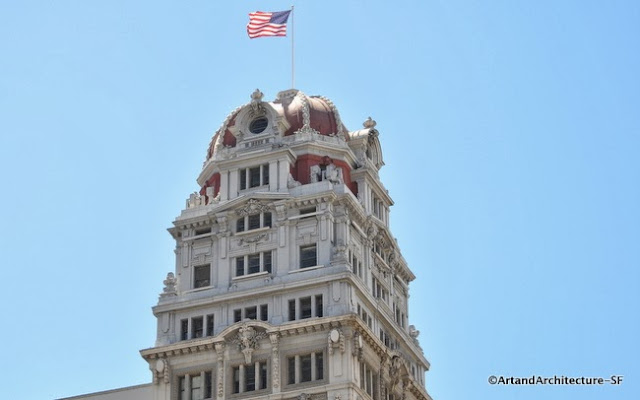 Note the cranes surrounding the "new" Federal Building (left) at Mission and 7th St. City Hall and its dome are in the center in the distance. Other notable buildings in the image are the Westfield San Francisco Centre (lower left), Flood Building (bottom center), and the Hilton Hotel Tower (right center). 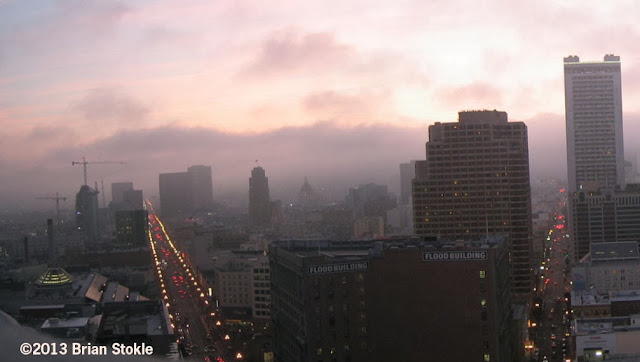