In one word: one-word station names and line names

After joking around about how long BART station names have become, it's time to get serious (sort of) and present my suggestions for "reasonable" and not long-winded names in which nearly half the new stations is brandished with a slash. (Yes I'm looking at you Warm Springs/South Fremont.) 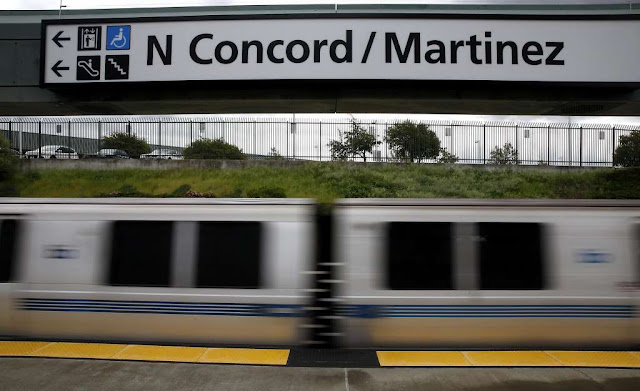 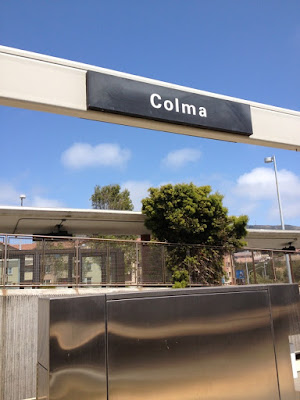 I really blame North Concord/Martinez for starting the mess with the slashes in long names. It was the first station with a slash, well before Civic Center/UN Plaza, and Pittsburg/Bay Point. I give some sympathy to Dublin/Pleasanton as the station lies on the border between the two incorporated cities of Dublin and Pleasanton.

I now give you a system map of Bay Area station names... ALL WITH ONE WORD NAMES! One exception is given to numbered streets. I couldn't fathom naming a station "16th" instead of "16th Street". Somehow calling Redwood City's station "Redwood" seemed ok to me, but not "16th" in lieu of "16th St". 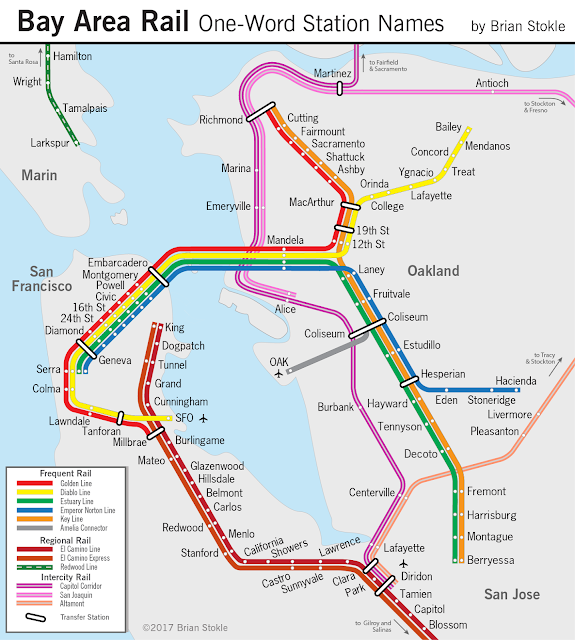 What I'm more excited about than the one word station names is the rail line names. Although line names based on color and numbers are practical, they aren't very inspiring. It's the London Underground and its Canadian counterparts that have named lines with colorful names. The line names can be simple and practical (e.g. Central Line), honor an event or royal (Expo Line, Victoria Line).

So let's give some names to Bay Area rail lines. I've come up with a few names that seem relevant geographically, historically, or just fun.

Let me know what you think and offer your own suggestions. I look forward to hearing some great ideas in comments and on Twitter. 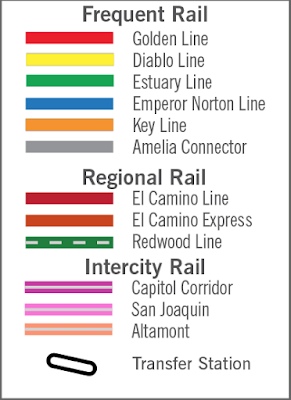