In America's streetgrid pattern of cities, our subway and metro systems tend follow the streets, whether under, over or sometimes in the streets. Last time we looked at future rail in Oakland, including a second transbay crossing, with a north-south alignment through downtown along Jackson Street. This time we turn the compass east-west. Will the alignment prove more fortuitous, of equal measure or weaker than the north-south.... nobody knows.

Let's find out. First, an announcement from honesty and full disclosure.


Full disclosure, I am a founding member of ConnectOAKLAND. The group advocates for a particular alignment for future rail in Oakland. I am an advocate for the ConnectOAKLAND 980 alignment. However, I believe that all alignments should be considered for their pros and cons (cost/benefit, people it serves, future riders, construction costs and disruption, etc.). This series of posts is my way of looking at the many alternatives and a way to find out what could make the most practical and implementable rail system for Downtown Oakland and the region.

As mentioned before, I've only slightly reoriented the maps with Broadway pointing "north and south" rather than its actual northeast/southwest axis. 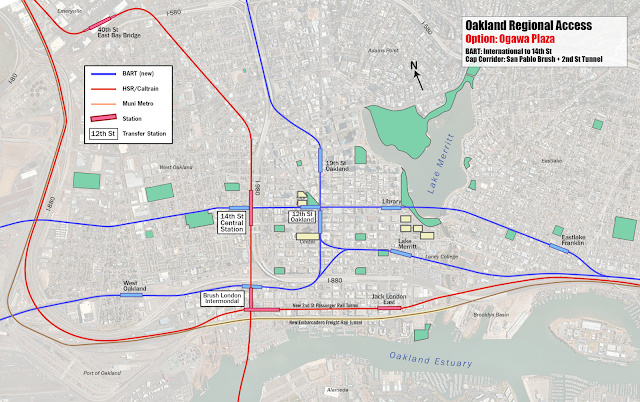 The BASIC ALIGNMENTS
(see map at beginning of post) 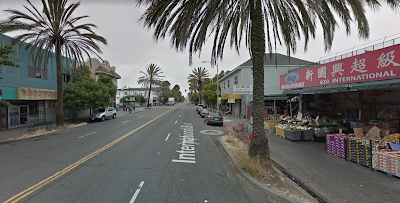 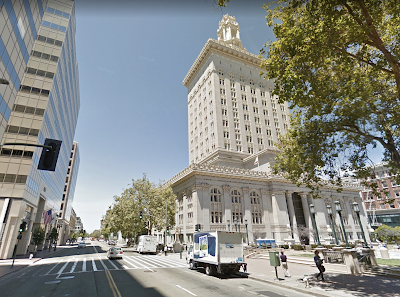 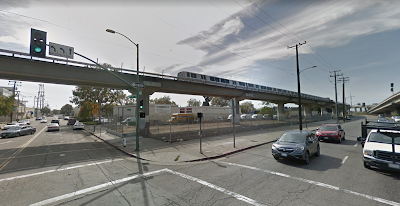 Phasing
Phasing of this grand plan of BART and regional rail service means that certain parts could be built sooner than others while still be functional, and not needing to find so much funding all at once to build.

Likewise, if only the BART segments were built, but the San Pablo/Brush tunnel for HSR/Cap Corridor were not built - that would be ok.

The BART line could be phased in a number of ways: 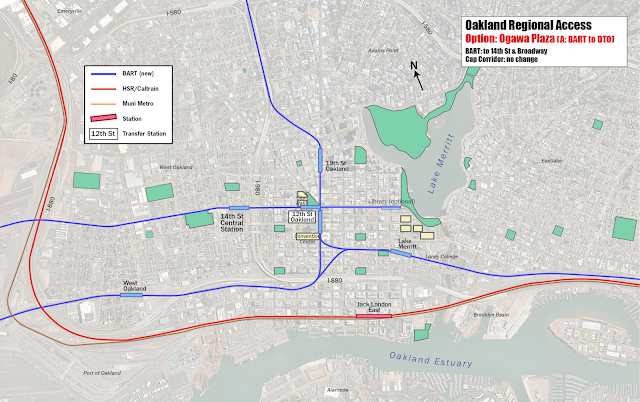 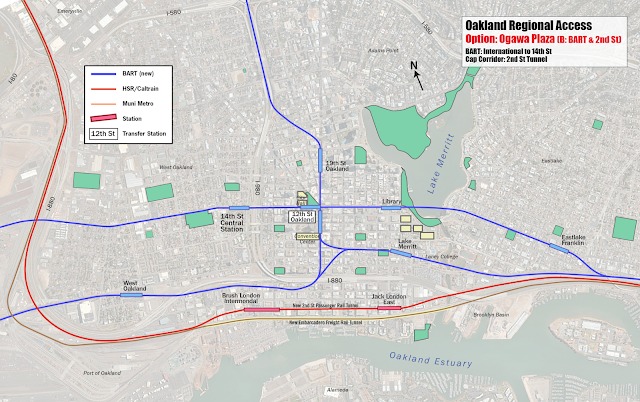 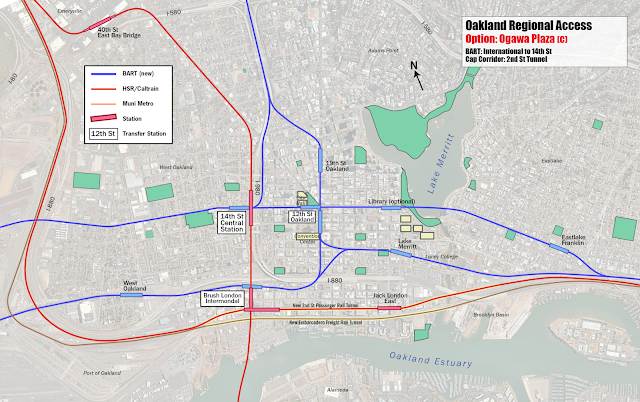