A Quest for a Cord

One day, while my parents were visiting San Francisco, my dad said he needed to get a recharge cord for his 20th century flip phone. He had forgotten his cord (most likely since he only uses the phone two dozen times a year). Flip phones were once common but finding a cord now sounded as challenging as finding an 8-track tape player. So after visiting Walgreen's on Mission and 23rd St we stopped by the most obvious place I knew of - at least the most obvious place I knew of while I grew up. That place? Radio Shack of course! But Radio Shack didn't carry that specific recharge cord. The staff were helpful and indicated that the shop next store might have it. That's when we walked into Cyber Iman, Your IPhone, Computer Repair, Cell Phone Accessories store. This place had to have a recharge cord for my Dad's Samsung flip phone - it has the banner "Cell Phone Accessories" added on under the store sign! 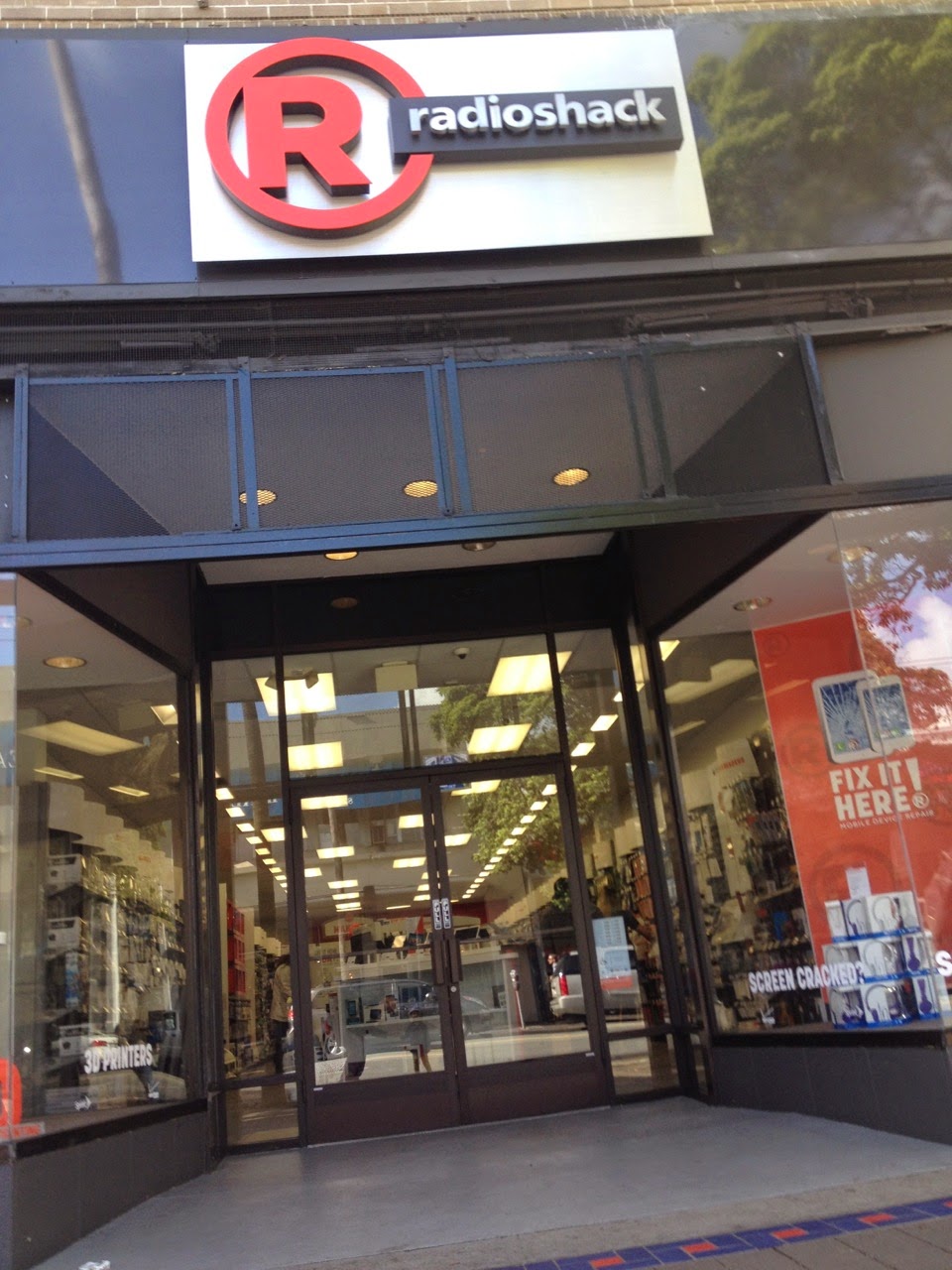 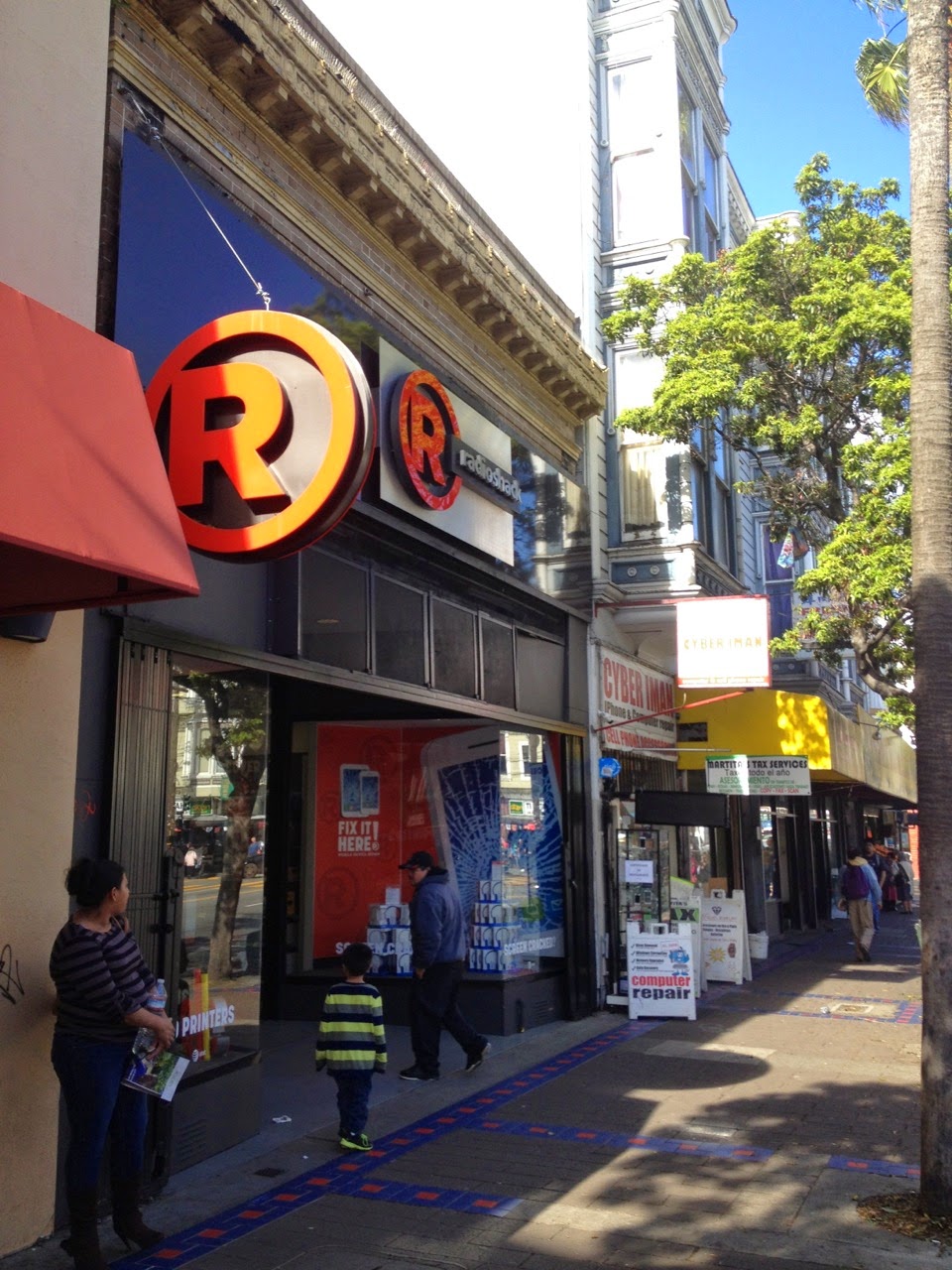 Cyber Iman, seemed like the right place to go. After waiting a moment while a clerk helped someone else we showed the phone to a 30-ish year old gentleman. He looked over the phone - quickly looked at the recharge jack opening, and he said, "Oh, we don't have a cord for that. Not anymore." My dad's phone must have been really old, or more likely, really rare with few units sold since he probably got it in 2010, well after flip phones had fallen from their heights in sales.

Luckily he directed us to walk across Mission Street and 23rd St to an even less mainstream shop that was inside of another shop or something like that. He even walked out of the building and pointed us in the right direction. 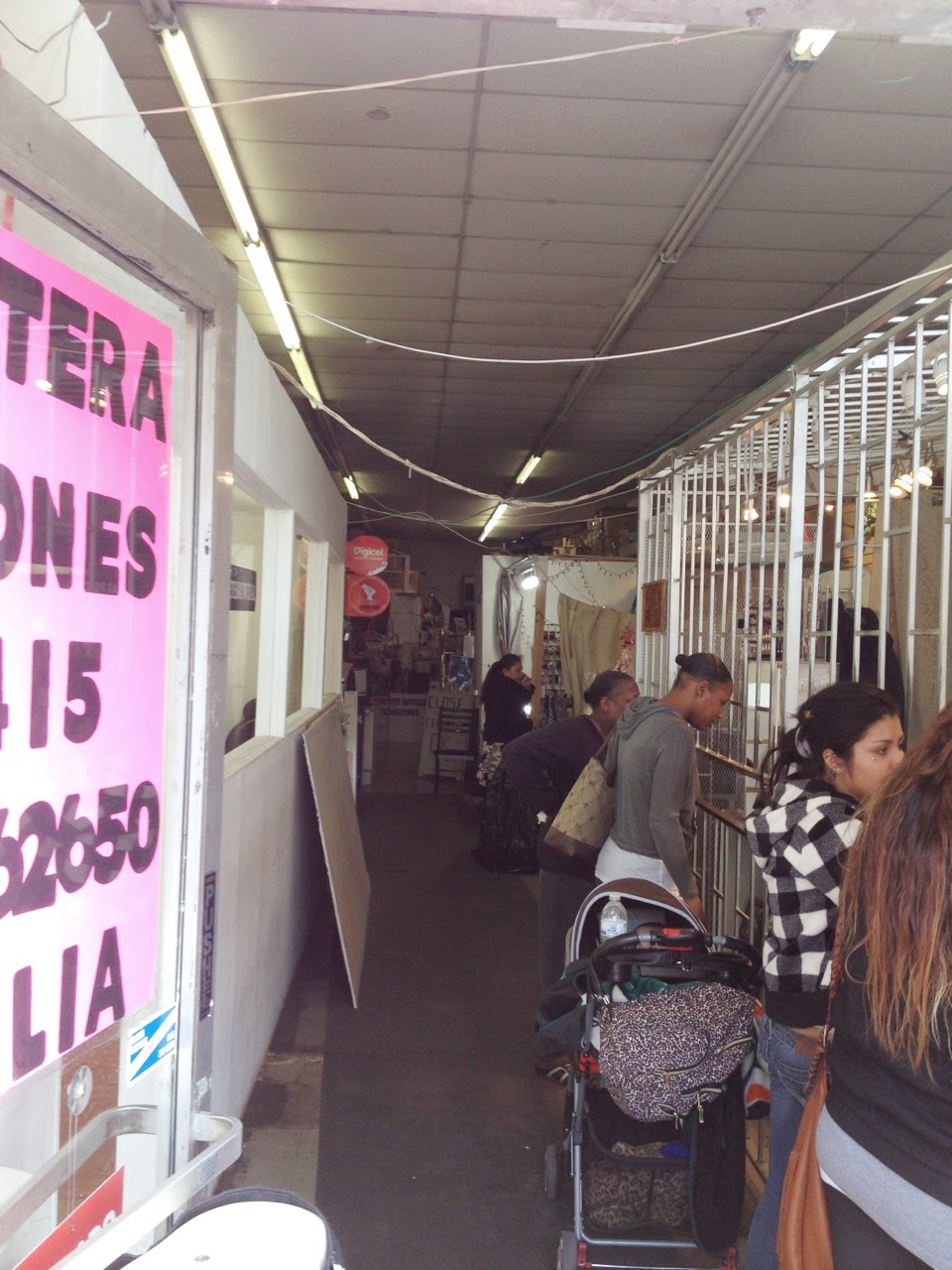 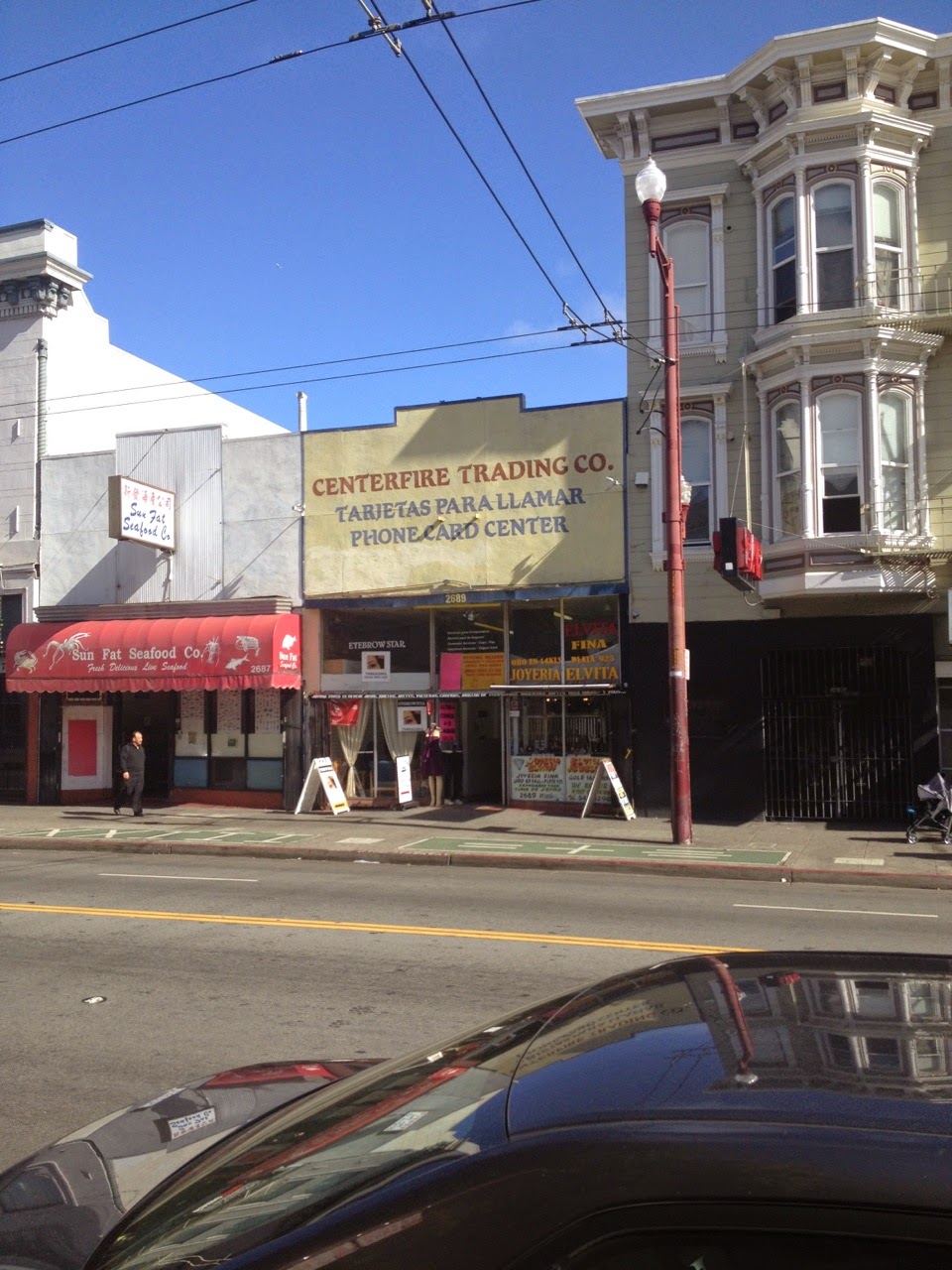 By now it was dark outside, and there was an energetic vibe to Mission Street, even if it had been just as busy 30 minutes earlier. After crossing both streets we walked into the building labeled "Centerfire Trading Co. Tarjetas Para Llamar Phone Card Center". Upon entering it was clear this store space was actually a mini-mall sorts with tiny little shops. Some shops had cages as walls, while others had almost floor to ceiling walls, and others had office-style cubicle walls - all to delineate where each tiny shop was located. It reminded me of places I've been to in Latin America and in the Middle East: a place where very small shops can set up without needing to lease a full sized storefront.

We walked up to a guy who seemed like a computer repair guy. He looked up from a computer he was fixing, and was a bit confused by our request for a flip recharger cord. When we all got on the same page, the answer was, "no, I don't have that." Luckily he said there was someone outside situated along 23rd St at Mission who might have what we were looking for. 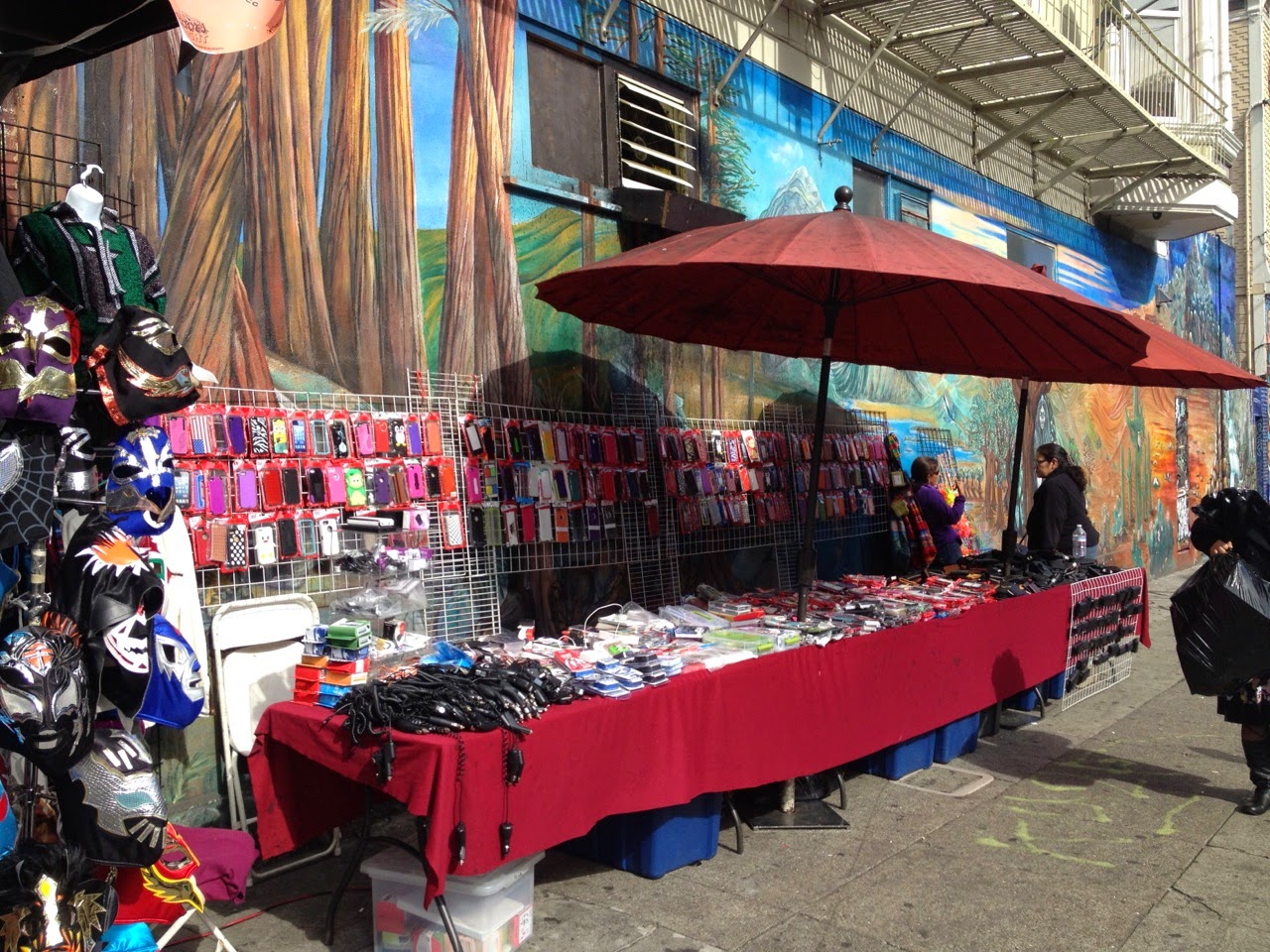 We walked outside to the corner of 23rd and Mission. I couldn't see any shop that fit the description, although there appeared to be some kind of electronics sales going on in the That's It Market. Turning to look up 23rd Street I noticed an outdoor shop, simply set up with a table, floodlights, some umbrellas and a display board behind the table.

We showed the woman working there our phone. She examined the jack/port where the cord enters the phone. She said, wait one moment, and began looking through a bit of dozens of cords. After what felt like a long 2 minutes she pulled out a black cord. She plugged it into my dad's phone. It fit. Then she turned on the phone to confirm it really worked - the phone was recharging.

EUREKA! We found our recharge cord!

Thank you to all the businesses at 23rd and Mission street corner. I really appreciated everyone's help and spirit of helpfulness. This may have easily happened somewhere else in San Francisco, but it seemed special somehow because it happened in the Mission from locals working at small local businesses. (Sorry Radio Shack, but you're not local.) That said, I have appreciated Radio Shack over the years. I'm sad to see Radio Shack go out of business, but at least they helped me this past month and started this "journey" to find the right recharge cord for my father's flip phone that he needs since he would be staying in SF a longer time than expected.