There's only one day left, really 1 1/2 days left for the 2nd Transbay Tube poll on deciding where it should go for BART (or standard gauge BART) in San Francisco's SoMa District. Comments, feedback and responses to the poll have been great. Already, 80 votes have come in. Hitting a symbolic 100 votes would be nice.

Polls close at midnight on July 1 (i.e. end of Sunday). So vote now for the alignment you think best serves San Francisco's future.

Your poll options are:


The route of the Townsend/King option has been improved a bit so that it allows for transfers with Civic Center Station. The line turns up 9th Street to Geary instead of down Division and up South Van Ness. A Division St/Showplace Square station is still possible. Maps of each line on its own follow.

I've also added in where possible stations would go, but by no means are these meant to be precise locations. Just ideas. 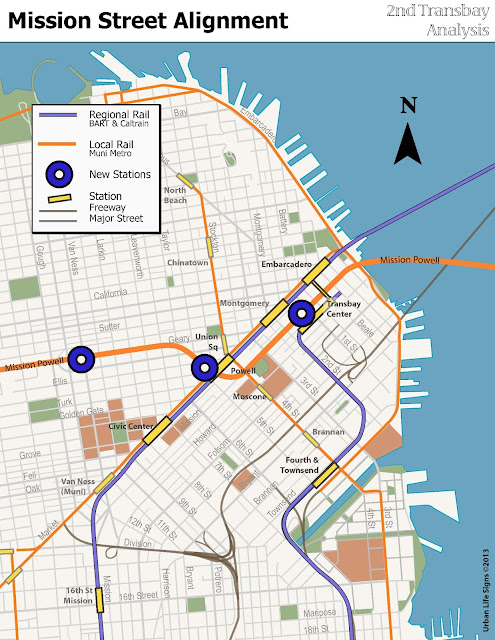 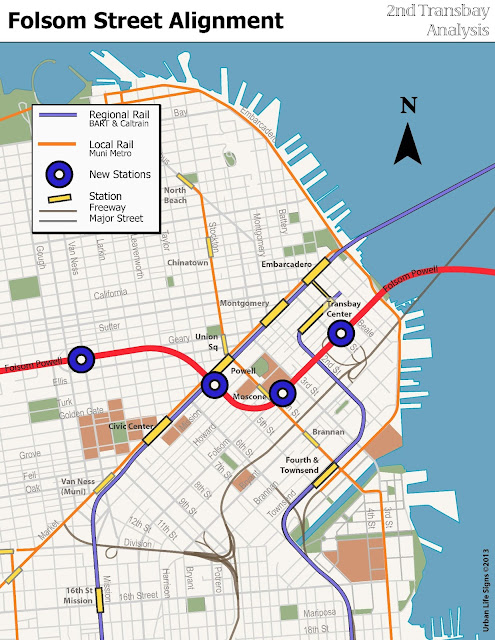 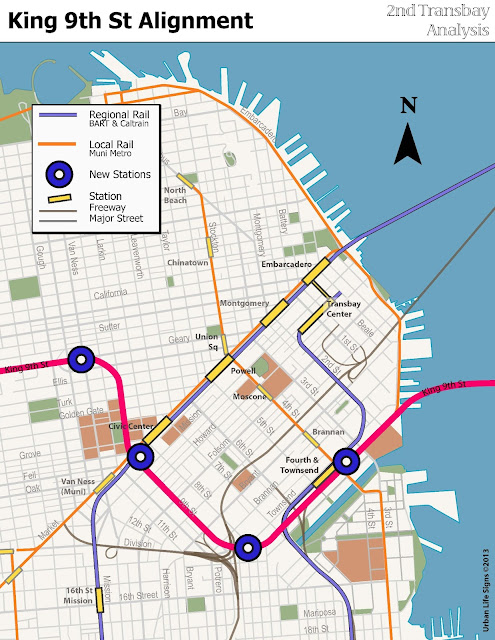 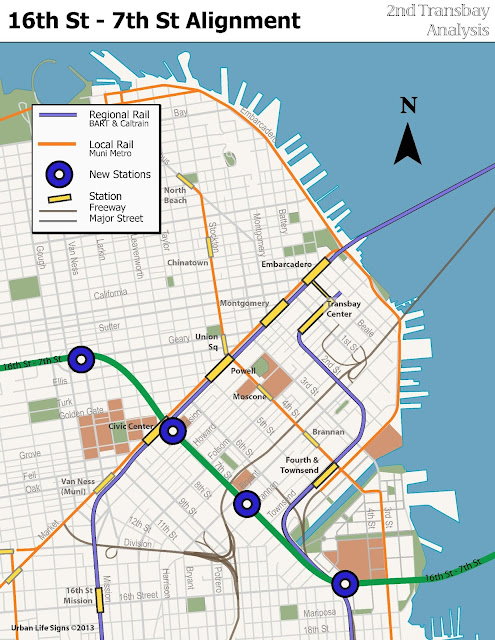 I've taken out the 3rd Street - Union Square line since it's not available in the electronic poll and it didnt' serve the goals of where to build an alignment. Those goals being:

So the poll closes just about when BART will likely go on strike. Is this a dark omen or a call for the real need for better transportation in our region?
Email Post
Labels: BART BART Soma Folsom Geary BART Mission Bay poll Second Transbay Tube Townsend Transbay Terminal Transbay Tube tunnel