Image of the Week: Before the Orange Trolleybuses

When: 31 October 2013
What: Historic Muni Trolleybus #776
Comment: I saw this as I was walking down the street. Apparently Muni #776 is a Marmon-Herrington bus that dates from 1950 according to the Muni Heritage Weekend press release and Trolleybuses.net. The bus was retired in 1977 according to Muni Fleet Wikipedia.  The Muni release states that,
"Bus No. 776: A 1950 Marmon-Herrington trolley coach, which served virtually all of Muni’s trolley bus lines during its quarter-century of service. It is painted in its original green and cream “Wings” livery." per Muni."
Must have been practice time to drive the bus since the windshield has a "Training Coach" sign on it.
Related Posts: Rainy Day on the 33, Street Design of Valencia Street 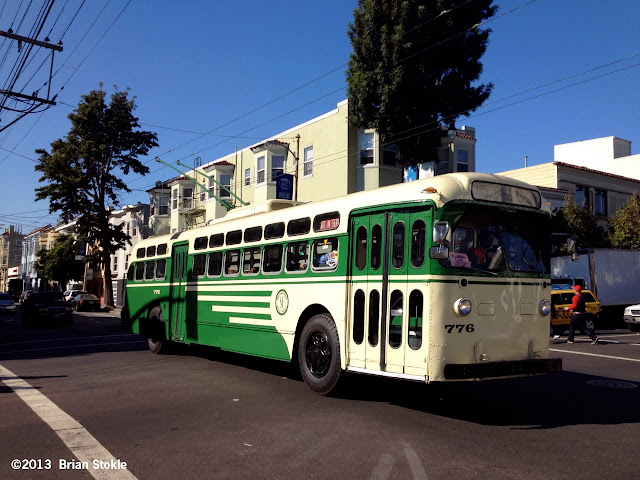 Here are a few other shots. 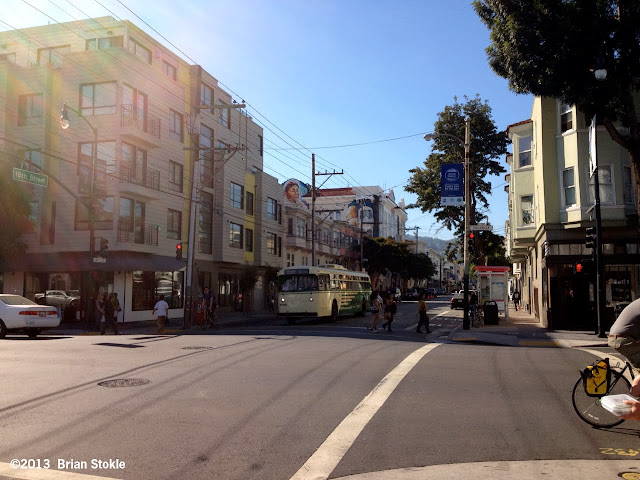 Goodbye old trolleybus. Too bad you're only a training bus. Too bad I missed Muni Heritage Weekend. I'll catch it next year! 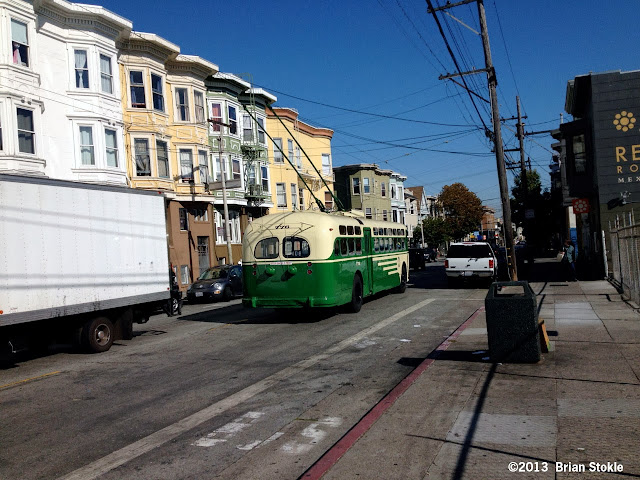 Apparently #776 has been kept in good shape for a few years. Thanks to the "busspotters" for these shots.