The Bay Shoreline You Never Knew

When I think of San Francisco Bay, as in the bay itself and its shoreline, I think of places like the Embarcadero, SFO, the boat marinas, a town named Alviso, and the marshes of Suisun Bay (with its shrinking mothball fleet). Just thinking of it now, there's quite a diversity. But there is a lot we do not see as most of us don't boat the coastline or take hikes along its sometimes industrial and marshy edges.

The recently published picture book, Around the Bay: Man-Made Sites of Interest in the San Francisco Bay Region takes a look at the bay's entire shoreline through the lense of aerial photography. Think of Robert Cameron's Above San Francisco more than Google's satellite views. Written by Matthew Coolidge and published by the Center for Land Use Interpretation (CLUI),

What's most striking is that the bay shoreline is replete with so many existing and former industrial or less desirable uses. Over and over again former garbage dumps, operational sewage treatment plants, and industrial sites like refineries, former explosives sites and open pit quarries border the bay. Of course we see many airports and marinas and ports and there are beautiful locations such as Angel Island, Aquatic Park, and Point Pinole.

The book brings into view what we don't often see in addition to the familiar. By seeing the Bay's entire shoreline, we see its primary use historically is as a port, military bases and as a place for messy or dangerious industrial uses. We must remember that those two uses are in many ways what made the Bay Area such a large and economically prosperous region. In addition, the site descriptions are often a look back at the history of a location, showing that a former dynamite factory location was considered for location of NASA's Mission Control, and is now a lovely park.


Ironically, the images are quite attractive and beautiful. Highlights of industrial beauty include the bright colors of the Cargill salt ponds in Newark (see below), the sea of oil tanks at Richmond's Castro Point (see above, first image), the rawness of Point San Pedro's San Rafael Rock Quarry, which is dry, but goes much deeper than sea level.


Around the Bay is the second in a series of man-made site books along waters edges. The earlier book, Up River looked at sites along the Hudson River from New York City up to Troy, NY. The Center for Land Use Interpretation, which  Coolidge helped cofound, examines how we use our land and how its perceived, while using striking and attractive photography to tell their stories. Other studies have included one of my favorites, Pavement Paradise, which examined how much cars are parked much more than driven and how making parking for cars and not buildings for people have driven our land use for over 60 years.
The book brings to mind the Above and Below: Stories of Our Changing Bay exhibit at the Oakland Museum of California. The show is quite a comprehensive look at the bay underwater, its history (Native Americans, World War II uses), its current uses (a video showing the three ways to cross the bay: car, ferry, train), and some ideas of its future. Some of Coolidge's work is featured in the show. Full disclosure: two pieces of mine appear in the show.

Finally, Around the Bay, uses the medium of an attractive picture book (ideal on coffee tables), that also has a basic message: the land around you is used for many more purposes than you realize and it is up to us to decide what should be put there. We all need refineries, quarries, airports, parks, bridges, cities, and ports, but we should stand back and say, "are we really interacting with our exalted bay and preserving it?" 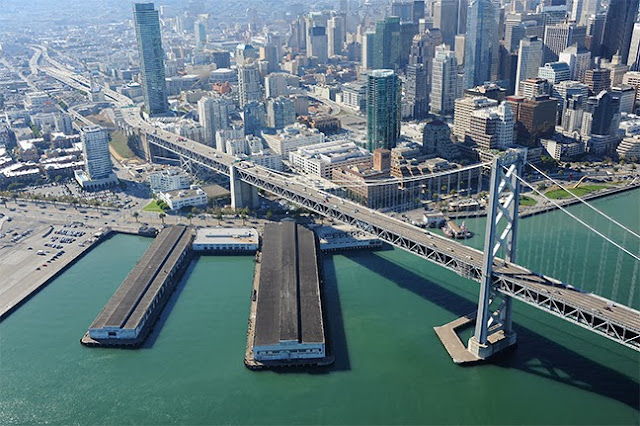 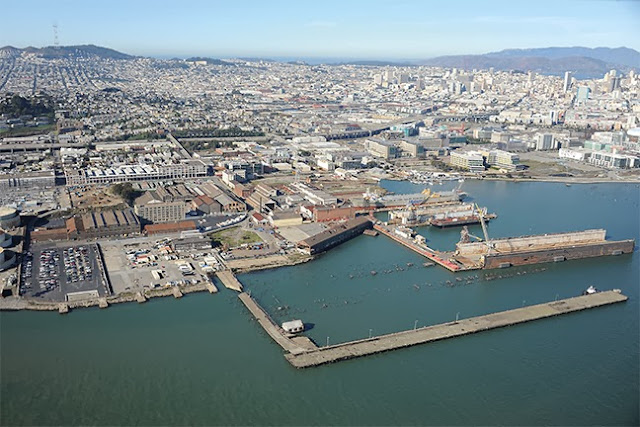 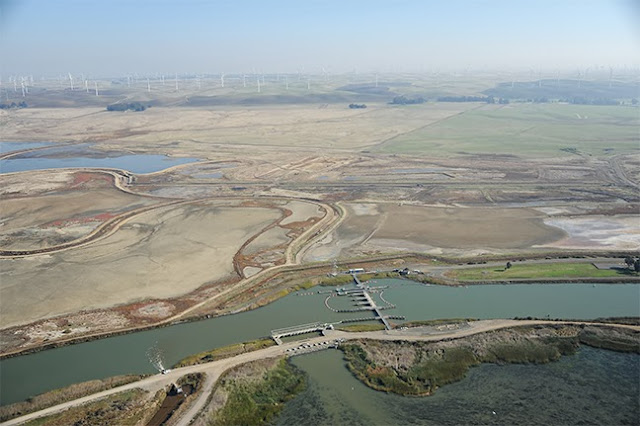 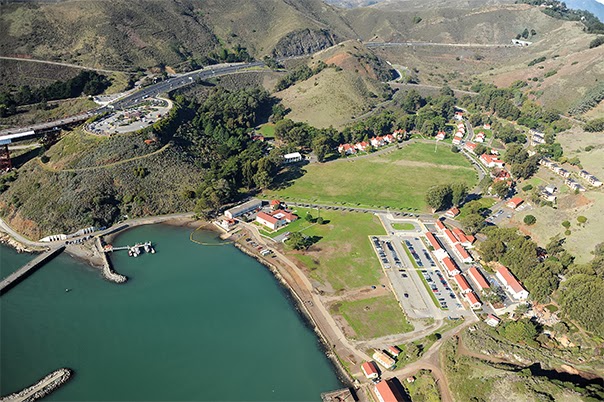